Devoted husband of the late Dorothea (nee Durkin), whom he married on November 30, 1947. They shared 65 years of marriage. He was a resident of Nashua since 2006, prior to which he had lived and raised his family in Winchester, Massachusetts for 52 years. He was a graduate of the New England School of Art, where he met Dorothea, and a WW II veteran of the United States Army Air Corp. Mr. Jeffery was an accomplished graphic artist and award winning Art Director of several businesses and ultimately the owner and president of the William Jeffery Associates Advertising Agency for many years. He was also a talented singer, writer and storyteller. In addition to being a successful businessman,

In addition to being a successful businessman, artist and published author, he was a longtime member of the a Cappella group The Two by Fours, and along with his quartet “The Merry Notes” won the SPEBSQA Northeast District Championship in 1955. He was a tenor soloist for a variety of churches in the Boston area for many years, most notably of the King’s Chapel of Boston and the Unitarian Universalist Church in Winchester, Massachusetts. He served in many civic organizations, including the Boy Scouts of America, Big Brothers Association, and was President of the local PTA, and a Winchester Town Meeting member, among others. He had enormous pride in his family and his hometown of Keene, NH. He worked several years on a large genealogy project tracing his family lineage and he donated many elm trees to the City of Keene to offset its loss of elms due to disease. Mr. Jeffery would mostly want to be remembered as a devoted husband, father, grandfather and

Mr. Jeffery would mostly want to be remembered as a devoted husband, father, grandfather and great grandfather, which he was. He was predeceased by his wife, Dorothea Durkin Jeffery, his son, William Scott Jeffery; two brothers, James and Kenneth Jeffery; one sister, Jane Whitney, and three in-laws, Paul Stimson, Philip Whitney and Joni Jeffery. He is survived by three daughters and one son-in-law, Susan Jeffery Wood and Stephen Wood of Lexington, Mass., Sally A. Jeffery of Derry, NH, and Lisa Jeffery Lourie of Wellington, FL. and eight grandchildren and their spouses, Leah and Alex Lerner, David and Rhiannon Jeffery, Daniel Jeffery, Erin, Matthew, and Sara Wood, Alex, and Julia Lourie; three great grandchildren, Ella and Vivienne Lerner, and Jack Jeffery; one sister, Barbara Stimson, and three in-laws, Geraldine Jeffery, Richard and Claire Russo, and many nieces and nephews. 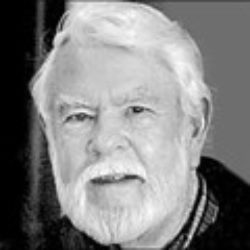 The Two by Fours