It’s not often the world-famous Whippenpoofs of Yale get the chance to learn the fight song of a small Colorado town.

But Jay Tracey, an alum of the famed men’s a cappella group, taught the singers there the fight song of the Meloneers of Rocky Ford High School, Tracey’s alma mater.

Tracey also invited another Yale singing group to visit his hometown, known for its melons. “Everyone seemed to have a remarkably good time,” said Jay Tracey’s brother, John Royer Tracey of Pueblo. “Jay fixed them up with some of his girl friends.”

Jay Tracey died in Cambridge, Mass., on Sept. 11. He was 82. He had moved to nearby Brookline several years ago. [He is survived by his wife, the incomparable Libby Flynn, now of Nantucket, and former Grace Note. Jay and Libby met at Spring Sing. The editor is attaching a link to a August 29, 2019 article on Libby’s life: https://yesterdaysisland.com/belonging-to-each-other/]

Tracey was a partner in Denver’s Holland & Hart law firm for more than 20 years. His passion, though, was singing.

He sang and played trombone in high school and with the U.S. Army Special Services Unit after World War II, traveling to France and Switzerland, said his son John B. Tracey of Boston.

Tracey thought of making music a career, but after the “grueling trips” in an Army truck and nightly performances, he decided against it, said his former wife, Betsy Tracey of Denver.

Jay Tracey sang with the Yale Glee Club, and after becoming a lawyer and moving to Denver, he helped write and perform in the annual Twelfth Night satirical productions at the University Club in downtown Denver, as well as productions of the Colorado Bar Association and the Denver Law Group. He and some friends formed the New Wizard Oil Combination singing group. The name was taken from an elixir that was sold in the Old West, said his daughter, Anne Landstrom of Oakland, Calif. 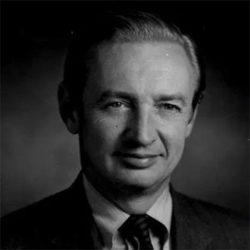