After a long and fulfilling life, Wolcott Griswold Ely passed away at his home on September 21, 2012. Born on April 19, 1923, the son of Matthew G. Ely and Marion Collins, he descended from an old and distinguished CT family. He grew up in Pelham, NY and Old Lyme, CT, attending The Harvey and The Taft schools and Yale University class of 45W where he was a member of the Whiffenpoofs. Wolcott worked in real estate management in NYC, primarily for a family-owned company, Horace S. Ely & Company. While working in NY he was on the Board of Directors of the McBurney YMCA.
In 1948 he married Lydia Ingersoll of Hartford, CT. They moved to Riverside in 1951 where they were active in the community for many years and raised their family. A cappella singing was a consistent theme throughout Wolcott’s life. In 1956, he was a founding member of the local Off-Sounders singing group and remained active with them up until his death. He also sang with the University Glee Club in NYC and with the Yale Whiffenpoofs alumni SLOT group (Seems Like Old Times). He was particularly noted for his rendition of “I Love the Ladies”.

He is survived by an older brother, two daughters, Susan E. Eddy of Yalesville, CT and Elizabeth Zuckerman of Rolling Hills Estates, CA, three grandchildren, one great granddaughter, and many nephews and nieces and their families. A memorial service will be held on Nov. 10th in Old Lyme, CT. In lieu of flowers, donations may be made to the Nature Conservancy (nature.org) and the Covenant House (CovenantHouse.org). For further information, contact aeddy@snet.net. 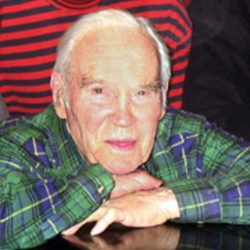